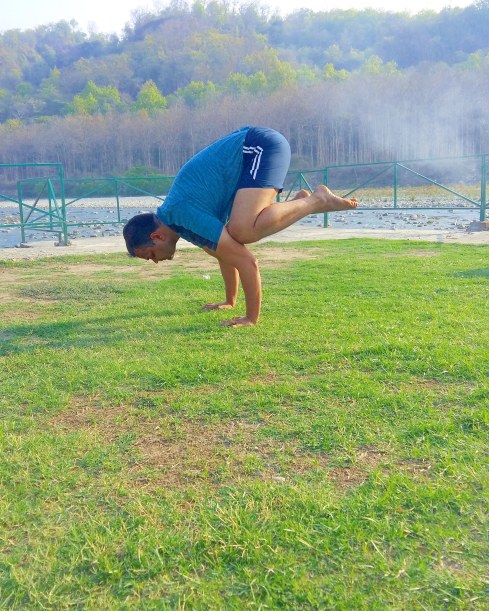 In life, we have many problems and therefore we hope for unusual things to occur to help in these problems. An unemployed person who gets a job feels that it is a miracle for him. Similarly unexpectedly passing an examination or getting a house etc. is also considered a miracle. In short, we can say that anything beyond normal calculation is a miracle. Thus, we have no end to miracles and further we usually wait for one to occur.

On our side, we do not perform in such a way as is required to get the result and wait for miracles to happen. We don’t want to study hard and yet want to pass with very good marks. Here is mentioned an example of how a person who was sure that since he had put the efforts that the university had to award him first classes first, and he was awarded first class first will not take it as a miracle.

We have not mastered the techniques and thus do not achieve the goal. Clear objectives set by an individual and mastering the techniques help him to effect results in the expected way. Yoga helps to set the goal and work for it dedicatedly leading to exceptionally high results. Thus by following Yoga, one can create miracles or achieve miracles and the objectives are achieved.

There is a person who by mastering Pranayama Technique was able to remember hundred things at once. In Yoga, the basic essentials required are Sadhana or concentration and disinterestedness for the end result to be achieved. Sometimes just the thought of being alive the next morning can be a miracle for some of us. The reasons being, we set very low standards and thus we have many miracles occurring. We don’t believe in putting much effort and when go beyond efforts, then see results.

Miracles occur in our own minds or what might be a miracle to us is not a miracle at all to others. For example, just the act of passing an examination may be a miracle to one’s parent, but for a teacher it is not at all a miracle because he is able to judge the depth of knowledge of the student. In short, we can say that we are setting our own short limits and thus perceive or observe ordinary achievements too as miracles.

On the contrary, a Yogi has the capacity of training himself to set higher goals and be able to achieve them and sees all these achievements as something quite ordinary; at the same time, he is able to draw lot of significance from a miracle and sees that miracles have a lot to teach or tell us. So when one is not interested in miracles, only then do they occur and benefit. But in our case, we get carried away or swept off our feet on achieving a miracle and thus we understand that the miracles have done us more harm than our gaining any knowledge.

An alcoholic who was a very heavy drinker one day found that he had no money to drink. So he sold his wife to get some money for alcohol. This led to the whole town laughing at his strange act. He took it very strongly and decided to show them his capabilities and to become a mayor of the same town. He discontinued his act of drinking and one day threw a banquet after becoming the mayor of the town. Soon at the banquet he started thinking that, “I wanted to show the world that I can achieve this position and by some miracle I got it.” So having set a low objective and achieving it was a miracle to him. Instead of learning from it, he let his old tendencies get the better of him and thus the miracle had done more harm to him than good. Thus we can say, in short, that after achieving unexpected success, one loses one’s balance and gets carried away or swept off one’s feet.

When we want to have something, a desire is created, but only very occasionally, does one have a very strong desire. Mostly it so happens that in the process of wanting something, other thoughts occur and thus we observe that no miracles occur at all.

A magician had the capability of turning base metal into gold. After serving the magician for twenty years, the assistant wanted to perform the miracle himself. Thus he asked if the magician will allow him to retire. When the magician gave him the permission, he asked him to teach the magic by which he could turn base metal into gold. The magician agreed, taught him certain steps and told him that now they were coming to the last step where the base metal was going to turn to gold. He said that at this stage he would see an image of a white elephant coming in his mind and that would mean the miracle would not occur. If the elephant did not come and if he followed this step then the miracle would occur. The assistant ran from the master and went to a remote place, sat down, took a base metal and started performing the miracle of turning the metal to gold, but unfortunately, right at the last step he started seeing the image of the white elephant. He tried many times and each time the image appeared in his mind. So after being unsuccessful he returned to the magician once again and started to assist him.

Similarly, we all have lot of white elephants and when miracles are to occur, these white elephants in the form of certain desires, temptations come in our way and thus success eludes us. Thus, we understand that for a normal person, there are lots of difficulties and hindrances in achieving a miracle.

On the other hand the Yogi has no hindrances. His entire approach is not to lose his balanced state of mind. He does not want to recall, even an occurrence of a miracle. The aim of Yoga is not an achievement, but disinterestedness in the end result. So for a Yogi, everything is a miracle, in one sense.

Top 5 Easy Yoga Poses For Diabetes
Yoga is the ultimate practice. It simultaneously stimulates our inner light and quiets our overactive minds. It is both energy and rest. Yin and Yang. We feel the burn and find our bliss.
Top 7 Yoga Poses For your Super Brain
6 Yoga Poses for Constipation
Headstand To One Legged Crow Pose
Eka Pada Koundinyasana | Ashtanga Vinyasa Yoga